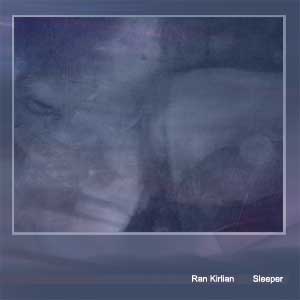 This conceptual album suggests an evolutive journey into lucid dream states with deep ambient atmospheres and environmental sounds, from floating soundscapes to tribal grooves, from the deeps of earth to the realms of surrealism... Taken from a live performance based on improvisations, Sleeper collects most of the sides of Kirlian music, including complex textures, subtle melodies, tribal percussions, flutes, shakers, seeds, rainstick, treated sounds and his own voice performing live.

Based on a privated live performance, this album tries to explore some personal experiences around lucid dreaming. Combining both atmospheric and tribal sides, it describes a new path into my music and my own way of living. Source material was recorded in summer 2003 and treated during next months. Massive synthesis layers and treated nature sounds creates here a warm environment to give support to tribal grooves, flutes, whispers and strange sounds to enhance a meditative state.